WELCOME
Helixtap Data has unrivalled exclusive data and insights for you to make effective, data-driven decisions.

1. In the great changes, the shining points of the tire industry appear frequently

In 2021, China's tire industry is facing unprecedented difficulties and challenges. The domestic and international environment is exceptionally severe, the global economic downturn, the continued impact of the epidemic, overlapping industry overcapacity, raw material prices soaring, fierce competition in conventional tires, trade friction and rising labor costs and other impacts, the industry and enterprises to rise to the occasion, timely adjustment strategy to green, high-end, refinement, intelligence and branding and other high-quality direction.

First, the economic operation maintained growth, and the tire output, sales revenue and export of enterprises included in the statistics have maintained good growth. Second, the pace of structural adjustment to remove low-end overcapacity was accelerated, and local governments "took it seriously", the tire province of Shandong launched a new round of "four reduce four increase "three-year action plan (2021-2023)". Third, a number of tire enterprises were included in the commendation list of the Ministry of Industry and Information Technology. Doublestar, Sailun, Linglong, Tongli and Haida won the title of the third batch of green design demonstration enterprises of the Ministry of Industry and Information Technology, Kumho (Tianjin) and Sailun (Shenyang), Fujian GiTi and Chongqing Hankook won the title of green factory of the Ministry of Industry and Information Technology. Fourth, the national mainstream media vigorously publicized national brand tires, and the People's Daily Overseas Edition praised the national brand tires of Zhongce Rubber for leading the progress of the industry and providing high-quality products and services for global users, and Linglong Tire was listed in the special feature of CCTV "National Brands - Gathering and Shining".

On November 18, Prof. Zhang Liqun, Chairman of the Presidium of China Rubber Industry Association and Vice President of Beijing University of Chemical Technology, was elected as an academician of the Department of Chemical, Metallurgical and Materials Engineering of the Chinese Academy of Engineering, the first expert in the rubber industry to receive this award, leading the industry to a new future of technological innovation and development.

Mr. Wang Mengjiao, a leading expert in the rubber and tire material field, has devoted 56 years of research to complete his masterpiece "Reinforcement of Rubber with Granular Fillers - Theory and Practice", and his new high-performance rubber material by chemical refining method has made a breakthrough in China and made important theoretical and practical contributions to the development of green tires, and won the TÜV Rheine "Energy Saving Pioneer" award.

Tire e-commerce pioneer Tuhu.cn and Double Coin Warrior, Dunlop, Continental, and other famous tire manufacturers, adopt various modes such as "user direct manufacturing" to promote the market consumption in the field of traditional and new energy to a new high.

4. The explosive growth of new energy vehicles and the superposition of new EV tires

In 2021, the number of new energy vehicles in China is about 8 million, and the penetration rate of new vehicles reaches 12.7%. Domestic and foreign tire enterprises actively plan to launch new tire products with characteristics one after another to help the development of new energy vehicle industry. Passenger car tires: Linglong Tire for new energy vehicles developed EV100 tires, its rolling resistance and noise label are up to A class; Sentury Kylin990 tires have been successfully equipped for high-end pure electric models of AION; Sailun E201 series EV special tires show stable, excellent all-durability performance; GS launched a new CELIMO EV1 tire with the characteristics of quiet, wear resistance and energy saving; Michelin launched "e · Lingyue" and "Jingchi EV" to support the "electrification" trend of the automotive industry with excellent product strength; Giti 225V1, T29 and many other products can fully meet the needs of new energy vehicle owners; Han Dynasty launched a series of tires for EVs with excellent performance. Giti 225V1, T29 and other products can fully meet the needs of new energy vehicle owners; Hankook WANTUS flagship products show the flexible handling power.

In 2021, "carbon emission peak" and "carbon neutral" related content was written into the government work report for the first time, into the overall layout of ecological civilization construction, the tire industry and enterprises attach great importance to and actively respond. China Rubber Industry Association undertook to organize industry participation in the "tire unit product energy consumption limit" (GB 29449-2012) to start the revision. In the "energy-saving leader" benchmark enterprises announced by China Petroleum and Chemical Industry Federation in September, Zhongce Rubber, Prinx Chengshan, Doublestar Tire and Weihai Joyall are on the list. In the long run, the "double carbon" target is a reshuffle for the industry, which will accelerate the elimination of backward tire production capacity under the background of strict carbon emission standards, continuously optimize the technical level of the industry, promote energy saving and technological progress, and promote the development of green economy.

7. Restructuring, merger and reorganization of domestic and foreign enterprises

Sailun Group Co., Ltd. spent a large amount of money to undertake the assets related to the bankruptcy restructuring of Anchi Tire, technical reform and implementation of high-performance radial tire project; WZ Group funded the acquisition of restructuring Shengtai Group; Goodyear made a global integration to acquire Cooper tires, and the factories in Qingdao and Kunshan in China were incorporated into Goodyear Tire Management (Shanghai) Co., Ltd.; Bridgestone closed its Huizhou plant in China to consolidate its truck & bus radial tire capacity into the Shenyang plant in order to achieve its globalization strategy and enhance its diversified tire manufacturing footprint.

In addition, Michelin, Continental and other industry giants have also made relevant mergers and acquisitions due to the need for strategic adjustment, such as Michelin's acquisition of AirCaptif Innovation to implement "multi-legged development"; Yokohama will focus more on the commercial vehicle tire field.

Since 2021, rubber prices have been in an oscillating upward trend, with raw material prices such as carbon black, chemicals and steel cord constantly hitting new highs. At the same time, affected by the lack of car chips, many car companies announced production cuts, a significant reduction in automotive production capacity, resulting in weak tire market demand, fierce competition, increased inventory. In the tire business production rate is insufficient, production costs have risen sharply, tire selling prices and raw material prices upside down under the factors, the enterprise suffered a great impact. In the face of difficulties, tire companies actively respond. On the one hand, the price of products increased with rising cost of raw materials, and adjusted the price to turn the inventory pressure into competitiveness; On the other hand, actively adjust the tire product structure, use valuable raw materials to produce tires with quality, market and efficiency, promote the acceleration of transformation and upgrading, and develop in the green direction of high quality and low energy consumption.

The second and third quarters of 2021 soaring sea freight led to China's tire exports are hampered, the logistics and transportation efficiency and costs have a certain impact. In particular, since April, the Suez Canal blockage led to extended shipping schedules and containers can not be on time to return to port, there was a time when "a container is difficult to find" the situation.

To this end, the enterprise actively developed multiple channels to help tire exports. On October 15, the "Qilu" China Europe train carrying Shandong tires and other goods was sent out; On December 8, loaded with Double Coin tires "Jiangsu" train sent to Laos; On December 9, the "Qilu" train carrying tires and other goods again departed to Laos. Compared with the traditional shipping method, the opening of the train saved nearly half of the transportation time for enterprises and stabilized the overseas supply chain.

9. The export is good, realizing double growth, and the OEM market is going from good to bad

In addition, the performance of domestic supporting tire market was high first and then low. In the second half of the year, the repeated global epidemic, the shortage of automobile chips, and the power restriction policy implemented by some provinces have had a certain impact on automobile production, thus affecting the sales of supporting tires. The number of supporting passenger tires increased by 11.25 million year-on-year from the first half of the year to only 6 million year-on-year in the second half of the year. By the end of November 2021, due to the formal implementation of the "sixth national" emission standard and the cold of the real estate industry, the production and sales of commercial vehicles had decreased significantly year-on-year, and the corresponding supporting amount of commercial tires had decreased by 3.6 million compared with the same period of the previous year.

10. The association set up a platform for the great experts to plan the development of the plan

On June 17, China Rubber Industry Association Tire Branch held the "2021 CRIA Tire Branch Members' Meeting and Industry High Quality Development Forum" in Guilin, Guangxi, focusing on how to achieve green and sustainable high-quality development, with about 200 representatives attending the meeting, including tire company bosses and leaders and experts from upstream and downstream enterprises. Ms. Mary Xu, President of the CRIA, made an important speech on how to develop the tire industry with high quality, Mr. Shen Jinrong, Chairman of the Tire Branch, made a report on "Achievements, Challenges, Opportunities", and Michelin, Guilin Institute, Eastman, Sailun Group and Shanghai Intelligent Manufacturing Function Platform made wonderful speeches and shared their achievements. 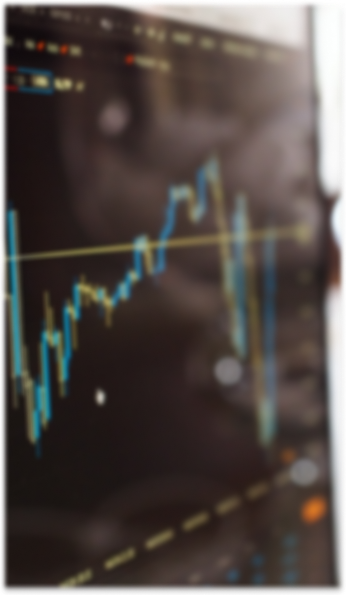 Silica's 2nd round of price cuts by more than RMB500/MT